Top 3 Reasons You Need to Know the Kawasaki Teryx Dimensions!

When it comes to spec sheets for the Kawasaki Teryx lineup, there is a specific area that seems to be ignored by most potential buyers: the UTV’s dimensions.

Why might the Kawasaki Teryx dimensions be important, you ask?

Well, there are multiple answers to that question, and we are here to cover the top three reasons you should know your UTV’s dimensions before buying:

And just before we get into explanations of those three topics, we wanted to provide you with the dimensions for the current 2022 Kawasaki UTV lineup:

As you can see, the dimensions among the Teryx lineup can vary greatly. Which is important to note, because it shows that there is a version of the Teryx for every rider and use case.

Now let’s talk about why these dimensions are important. 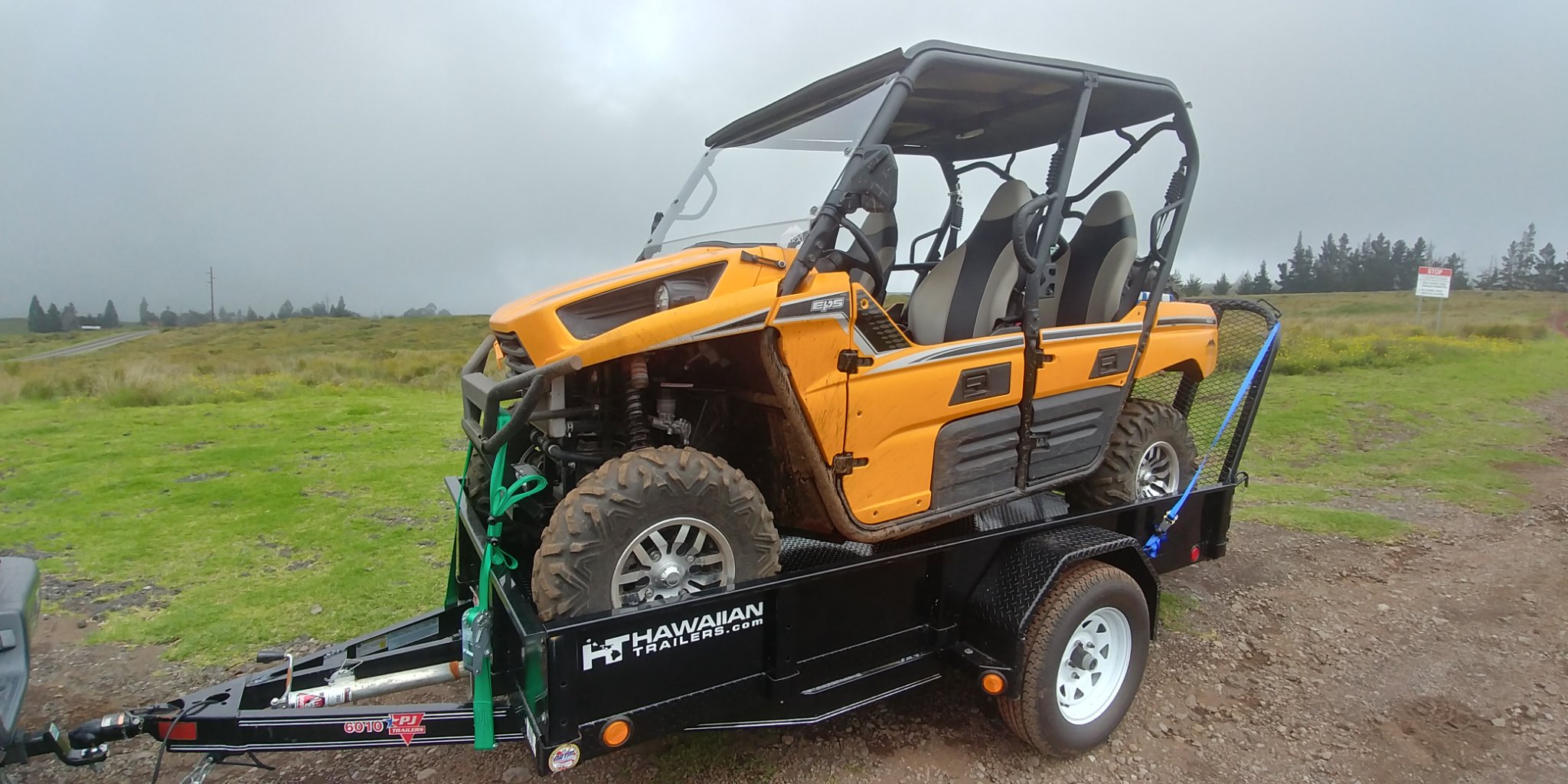 Being the off-road champ that it is, the Teryx wasn’t exactly made for highway use.

And although you can definitely make the Kawasaki Teryx street legal, we still wouldn’t recommend driving it as far as you would your every day car or truck on the road. For this reason, most UTV owners decide to transport their Teryx via trailer, which is where the width of the UTV becomes important.

You see, finding a trailer wide enough to fit the thinner Teryx4 at 60 inches wide will be easier, and likely cheaper than one to fit the monster-sized KRX 1000 series coming in at 68.1 inches wide. And you’ll also need to keep in mind that at some point you’ll likely add larger Kawasaki Teryx wheels and tires which will add to that width.

So before you buy your UTV, make sure to measure your trailer, and likewise if you haven’t purchased a trailer yet! 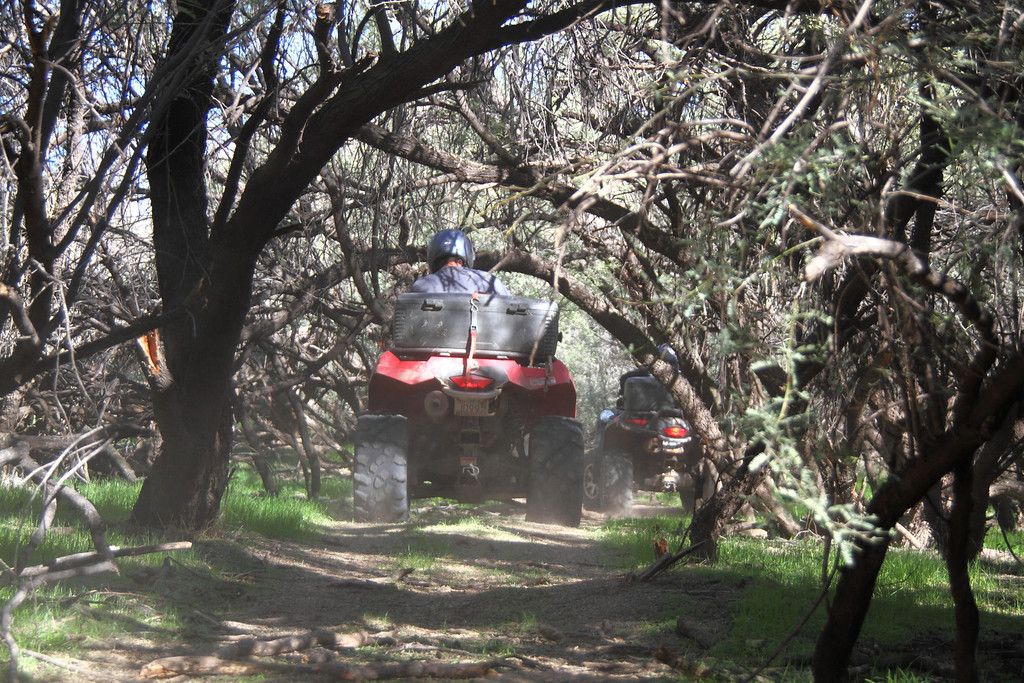 Believe it or not, your local trails may very well influence your UTV buying decisions.

Even though just about every UHV trail is okay for ATV’s to traverse, you may find many trails that have width restrictions. The reason behind this usually concerns the surrounding environment and maintenance of the trail itself. Larger UTV’s can end up doing a lot of damage to the brush and trees around some trails, which leaves debris behind the driver.

We are bringing this up, because many trails can accommodate the 60-62 inch wide Teryx/Teryx4/Teryx LE, but simply won’t fit the 68.1 inch KRX 1000 without damaging the trail and ruining it for everyone else as well. Not to mention the potential damage to the UTV, and even yourself as you fly by with branches and brush whipping you in the face (if you don’t have a Kawasaki Teryx windshield yet, what are you doing?).

So don’t be that person wrecking the day for you and everyone else, okay? 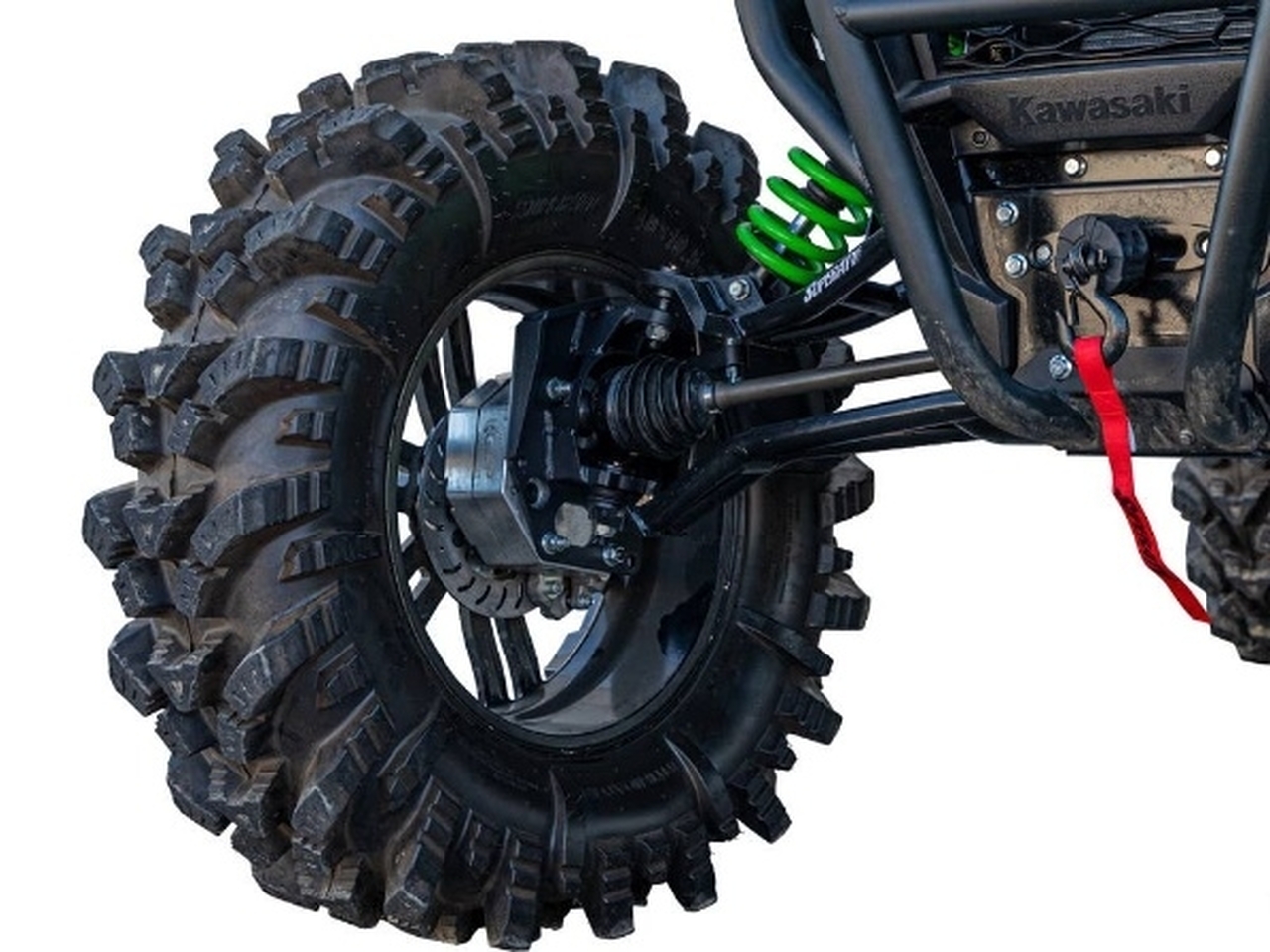 Although a Teryx 4 or LE might be in your budget, their more narrow width may mean you’ll need to modify it in the future. Adding width to a UTV increases stability on and off trail. Enhancing your ability to take tight corners at speed is a fairly important feature, right?

KRX 1000 models come with a super wide 68.1 inches from wheel to wheel, but they also come with a much different price tag as well.

Thankfully for you, though, a solution exists for your conundrum: Kawasaki Teryx Portal Gear Lifts. Differing from wheel spacers, a portal gear lift attaches at the hub and gives you both an additional lift, but also greatly increases your UTV’s width at the same time. Models like the Kawasaki Teryx KRX 1000 4" Portal Gear Lift by SuperATV give you a four inch lift, and an increase in width, all while also providing special gearing that will allow you to run larger/fatter tires and retain the stock torque output that your machine had before this modification.

Aside from needing to upgrade to at least a set of 14 or 15 inch wheels like the Kawasaki Teryx Fuel Vector D579 Matte Black Wheel Set by Fuel Off-Road, adding portal gear lifts have virtually no downsides, and increase performance in myriad ways for such a simple mod!

Hopefully now you see why we made such a fuss over the dimensions of UTV’s, and why they should absolutely influence your buying decisions. So next time you’re on the hunt for a new Kawasaki Teryx, do be sure to keep the dimensions in mind before swiping that card, alright?